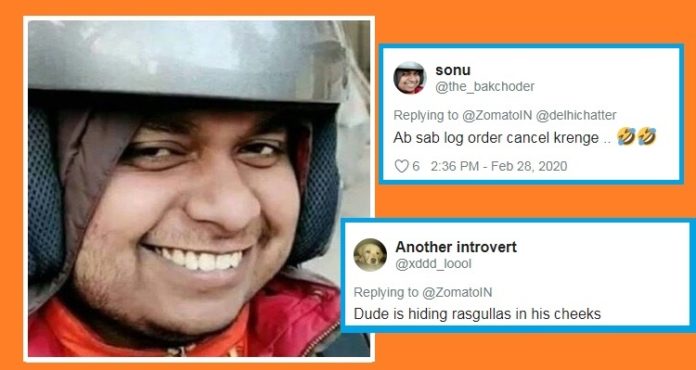 Sonu reveals in the video that he works for 12 hours a day to earn Rs 350, including incentives. On being asked if he gets any food from the company, he said with a smile that “Haan, jo order cancel ho Jata hai vo ho jayega humara (Yes, when a customer cancels the order, it belongs to us).”

Meanwhile, he was asked if he eats food from the order made by the customer, the delivery man refused. Sonu added that Zomato pays him on time and he faces no issues. The rider’s smiling face throughout the video has garnered a lot of attraction on social media which was titled “Zomato rider happy rider.”

In fact, the viral video caught the attention of Zomato itself who changed its profile picture on its social media platforms to a photo of happy rider Sonu. With the new display picture, Zomato took to Twitter and wrote: “This is now a happy rider fan account.” Also, the Zomato said that ever since it has changed its profile picture, it has been receiving messages of nice DP.

While social media users were impressed with the smile of the happy rider, there were people who come up with hilarious memes.

When Zomato Rider is late and food gonna be free ? pic.twitter.com/orMz6eIUMr

When Zomato Rider is late and food gonna be free ? pic.twitter.com/orMz6eIUMr

WhatsApp launches dark mode feature, here’s how to enable it 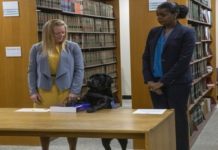