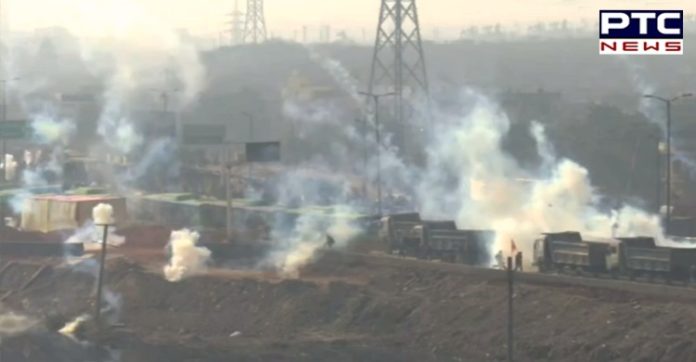 Tractor March Delhi: Protesting farmers on Tuesday broke police barricading at several border points to hold a tractor march in Delhi on the occasion of Republic Day 2021. Kisan Gantantra parade against farm laws 2020 has started from the various borders.

However, the Police placed barricades at Karnal Bypass and Ghazipur and other border points where a scuffle broke out between the police and farmers. Police resorted to tear gas shells, while unstoppable farmers continued to break barricades and march towards the national capital.

Even as a bus used by the police was damaged in the stone-pelting at the Singhu border. Police resorted to lathi-charge to which farmers responded by pelting stones.

Earlier, the farmers broke police barricading at the Tikri border to hold a tractor march in Delhi on Republic Day 2021. Also, some farmers climb atop a police water cannon vehicle at Sanjay Gandhi Transport Nagar in Delhi.

Meanwhile, Satnam Singh Pannu, Kisan Mazdoor Sangharsh Committee at Singhu Border, said that “We’ve to move towards Ring Road but the police was stopping us.”

“We’ve given them 45 mins to speak to their seniors. We’re carrying out a peaceful parade. The route they are asking us to follow wasn’t agreed upon,” he added.

Ahead of the tractor march in Delhi on Republic Day 2021, the Samyukta Kisan Morcha had issued some guidelines to maintain peace during the rally.