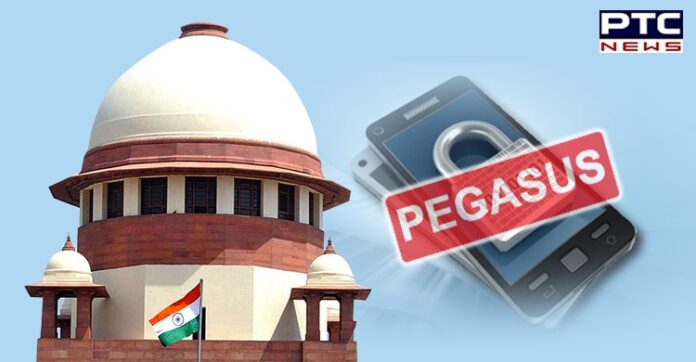 Pegasus row: Noting there was no clear stand of the Centre on the Pegasus spyware case, the Supreme Court on Wednesday formed a three-member committee to probe the “falsity and discover the truth” in the matter.

A Bench headed by Chief Justice of India NV Ramana passed the order on a batch of pleas seeking an independent court-monitored probe into the alleged Pegasus spyware case.

The Supreme Court said that it has chosen renowned experts to be a part of the three-member Committee. The committee will be headed by RV Raveendran, former Supreme Court Judge and also comprise Alok Joshi and Sandeep Oberoi.

The top court noted that there was a serious concern of foreign agency involvement by surveilling Indians, and said, “Right to Privacy violation needs to be examined.”

Quoting George Orwell, the bench headed by Chief Justice of India NV Ramana said, “If you want to keep a secret, you must also hide it from yourself.”

The court noted that some of the petitioners are direct victims of Pegasus. “It is incumbent upon the Centre to seriously consider the use of such a technology,” it said. Earlier, the Bench had said that it intends to set up an expert committee to probe into the reports alleging the government of using Israeli software Pegasus to spy on politicians, activists, and journalists.