Stressing on the need to increase women participation in labour force, the Economic Survey said that lower women engagement adversely affects the growth potential of the economy.

The survey pointed out that the lower participation of women in economic activities adversely affects the growth potential of the economy.

It noted that the government has been taking measures to increase the participation of women in productive economic activities by schemes to provide support services to working women and also through legislative measures to enhance maternity benefits.

The survey observed that women workers are the most disadvantaged in the labour market as they constitute a very high proportion among the low skilled informal worker category, and are engaged in low-productivity and low paying work.

Owing to this, it said that the women earn very low wages, mostly piece rates in highly insecure jobs.

India had the largest gender gap in median earnings of full time employees in 2015, in comparison to countries like South Africa, Brazil, and Chile, it added.

The survey also stressed for political empowerment of women saying their representation in Parliament and in decision making roles in public sphere is one of the key indicators of empowerment.

As on October 2016, out of the total 4,118 MLAs across the country, only 9 per cent were women. Among the state assemblies, the highest percentage of women MLAs were from Bihar, Haryana and Rajasthan – 14 per cent – followed by Madhya Pradesh and West Bengal – 13 per cent – and Punjab with 12 per cent, as per Women & Men in India – 2016 report, Ministry of Statistics and Programme Implementation).

The survey pointed out that in India, between 2010 and 2017 women’s representation rose by 1 percentage point to 11.8 per cent in the Lok Sabha.

It also pointed out that there are developing countries like Rwanda, which has more than 60 per cent women representatives in Parliament in 2017, while countries like Egypt, India, Brazil, Malaysia, Japan, Sri Lanka and Thailand have less than 15 per cent representation of women.

Recognising the significance of roles of women in decision making process in the society is critical to strengthen women’s agencies for building a progressive society with equality of opportunities among all citizens, it added.

On labour reforms, the survey said the codification of the labour laws is expected to remove the multiplicity of definitions and authorities leading to ease of compliance without compromising wage security and social security to the workers.

The government is in the process of rationalising 38 Central Labour Acts by framing relevant provisions of existing laws into 4 labour codes viz Code on Wages, Code on Safety and Working Conditions, Code on Industrial Relations, and Code on Social Security and Welfare.

The draft code on Wages Bill 2017 has been introduced in the Lok Sabha in August 2017 and referred to the Standing Committee on Labour for examination. The other three Codes are at pre-legislative consultation stage. PTI

Deeply pained by the way Budget Session has progressed: Naidu

Seeking ToT for Rafale would not have been cost effective:Govt 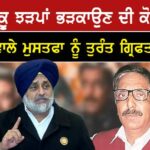