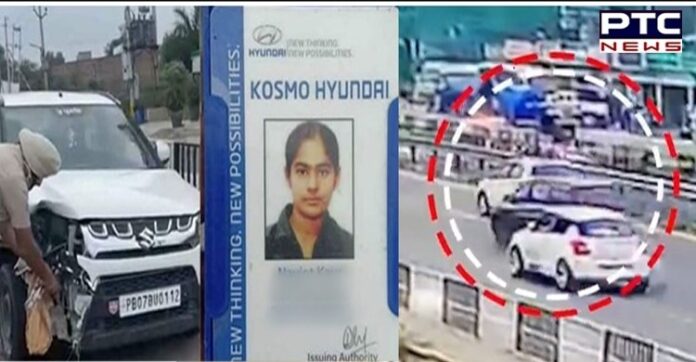 Jalandhar road accident: In a shocking incident, two girls were run over on Monday morning by a vehicle being driven by a police inspector in Jalandhar.

One of the two girls, who were standing by the roadside, died on the spot while another was seriously injured. She has been admitted to a local hospital. 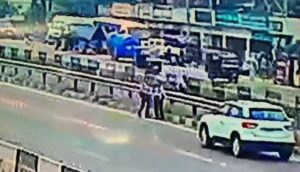 According to information, the Hoshiarpur number vehicle was being driven by Amrit Pal Singh, an inspector with Punjab Police. There were reports that he has been arrested.

Meanwhile, Balwinder Iqbal Singh Kahlon, ACP, Jalandhar Central, said that “a girl died and another got injured after an over speeding vehicle hit them.”

“We’ve got information about vehicle and the person. The investigation is underway. We are taking action against the accused as per law,” he added.

The deceased has been identified as Navjot Kaur. She used to work at a local car showroom. Navjot, along with her friend, was standing on the roadside when the vehicle mowed them down.

Following the road accident, locals stopped traffic and blocked the highway causing a traffic jam in Jalandhar. Huge number of people staged a protest on the highway against the accident.