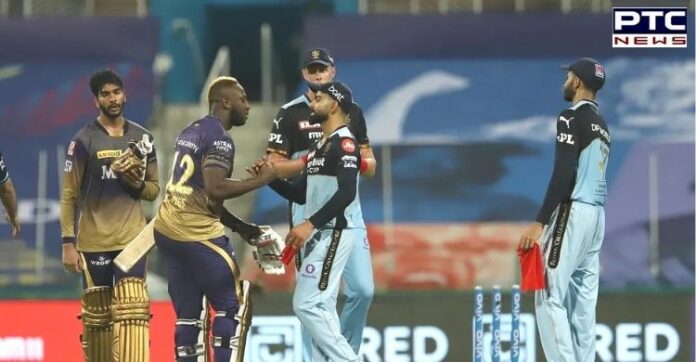 IPL 2021: Andre Russell and Varun Chakravarthy heroics with the ball was followed by masterful batting from Kolkata Knight Riders (KKR) opening batsmen as they crushed Royal Challengers Bangalore (RCB) by 9 wickets, chasing the target of 92 in just 10 overs at the Sheikh Zayed Cricket Stadium on Monday.

Shubman Gill and Venkatesh Iyer played innings of 48 and 41, respectively, for Kolkata Knight Riders. Meanwhile, Yuzvendra Chahal got the only wicket for the RCB. With this victory, KKR has registered their third win of the season while RCB suffered their third defeat of IPL 2021.

Also Read | IPL 2021: Biggest plus is having Shreyas Iyer back in Delhi Capitals, says Mohammad Kaif 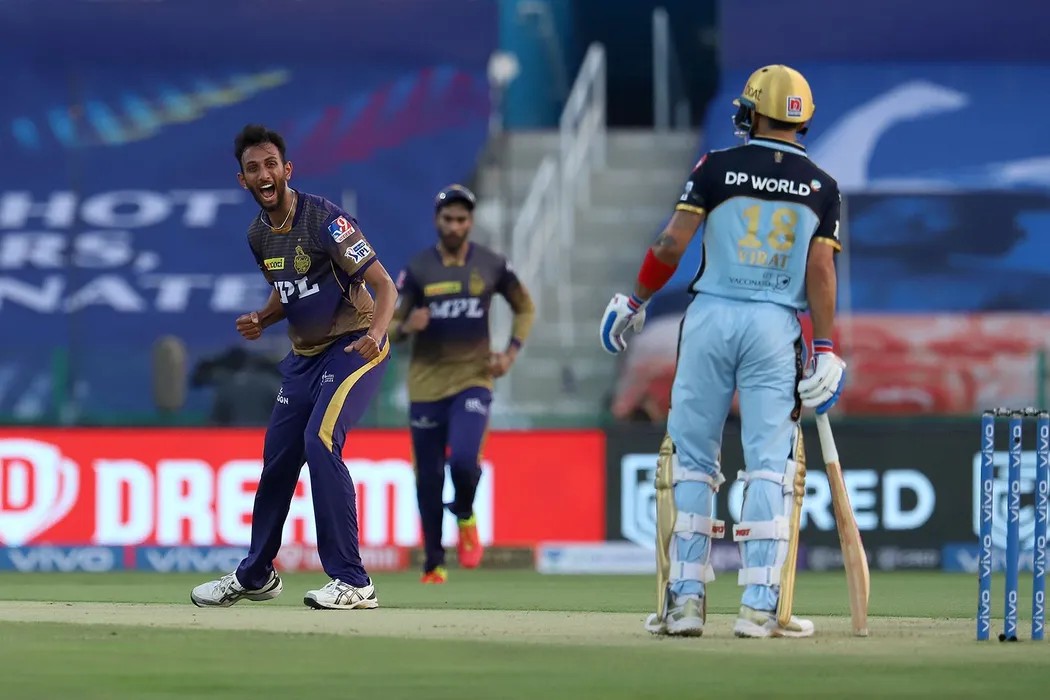 Chasing 92, KKR had the best possible start as both of their openers Shubman Gill and Venkatesh Iyer displayed brilliant temperament and stunning flowing shots in the powerplay. They propelled KKR to 56 runs in the first six overs. 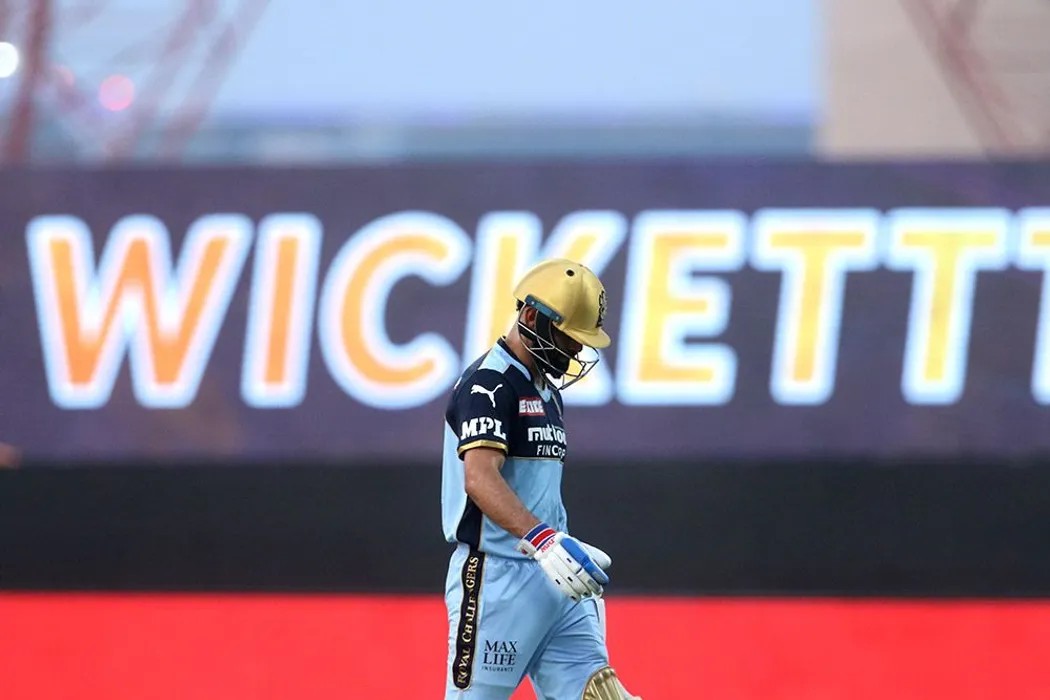 The lone wicket on the innings fell when Yuzvendra Chahal got the wicket of Gill, at the score of 82 in the 10th over. Gill returned to the pavilion after scoring 48 off 34 balls.

Soon Iyer finished the match in the next over with a four. The left-hander who was making his debut ended with 41 off just 27 balls.

Earlier, Varun Chakaravarthy and Andre Russell starred with the bowl as Kolkata Knight Riders bowled out Royal Challengers Bangalore to 92 in 19 overs. Chakaravarthy (3-13) and Russell (3-9) bamboozled the opposition with a perfect bowling display. For RCB, Devdutt Padikkal and KS Bharat played innings of 24 and 16, respectively.

Virat Kohli (5) was trapped in front of wickets for LBW by Prasidh Krishna in the second over of the innings. The team in blue lost another wicket on the last ball of the Powerplay as Lockie Ferguson sent back Padikkal (22 off 20) after he edged to the keeper. 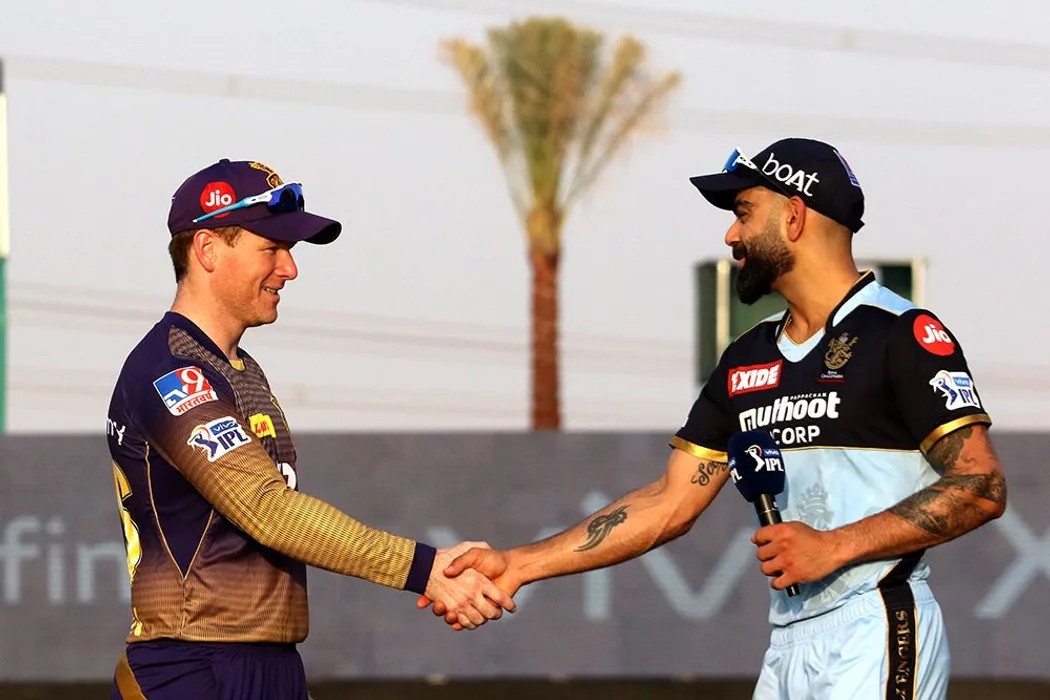 Srikar Bharat and Glenn Maxwell tried to stabilise the ship of RCB for the few overs but Andre Russell soon struck and dismantled the opposition. The big West Indian first sent back Bharat to the pavilion in 9th over. And then after the timeout in the very same over he bowled AB de Villiers for a first-ball duck to turn the momentum of the match in KKR’s favour completely.

Varun Chakaravarthy then struck in the 12th over as he knocked Maxwell and then Hasaranga on two consecutive deliveries. Sachin Baby soon followed his teammates to the pavilion.

Kyle Jamieson was run out after Chakaravarthy got a feather of a finger on the ball. Harshal Patel (12) and Mohammed Siraj were last to fall as RCB innings were completed with one over still to go.