Haryana: Amid high temperature and stinky heat waves, the Haryana Government has decided to extend the summer holidays in an order to prevent the students from the heat waves in Haryana. The Haryana Government has announced the extension of Summer Holidays in all government as well as private schools by one week. Earlier, the schools were scheduled to re-open on July 1, but now they will re-open on July 8.

In view of the extremely hot weather, Haryana Government has decided to extend school holidays in all government as well as private schools by one week. Now the schools will remain closed till July 7, 2019 and will reopen on July 8, 2019.

This is indeed a great step to ensure the health conditions of students to avoid problems like dehydration. This summer the season has witnessed extreme hot weather, where going out of the home has become a task. The meter has witnessed the temperature crossing 40 degrees Celcius every day. Likewise, this is a piece of good news for students as they can now complete the rest of the holiday homework and play more.

Also read: Done with the Summer? Watch these animals having a perfect season in heat waves

Recently, Deputy Chief Minister of Delhi Manish Sisodia has announced the same decision. The schools will re-open on July 8 for the students up to Class 8. The Delhi Government has announced the extension of the school reopening on Sunday and hence Punjab government also decided to change the timings of the school. The new school timings for Punjab will be 7:30 AM to 1:30 PM, till the next announcement. 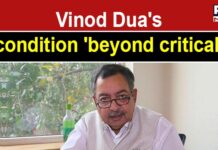