There was a high voltage drama when an ASI of the UT police, suspected to be a psychiatric patient, suffered a fit of rage while he was on duty at a vegetable market in Sector 17, Chandigarh.

In a video, which is making rounds on social media, the cop started arguing with vegetable vendors after which a high drama was witnessed in the area. The locals informed the police following which a PCR vehicle rushed to the spot.

The ASI stopped vehicles moving out of the bus stand. Also, he started harassing people on the pretext of checking the vehicles. Not only this, but he also broke the wipers of an Eco Sport car.

This led to a major traffic jam. Several cops managed to control the ASI. At last, he was picked up forcibly and made to sit in the PCR vehicle.

The whole incident was captured on camera in which the ASI was seen allegedly manhandling the PCR staff. Meanwhile, the police took him to the GMSH, Sector 16, for medical attention. 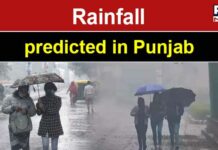 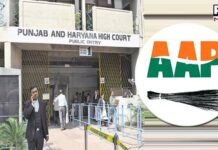 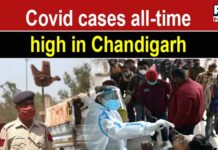 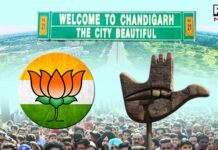 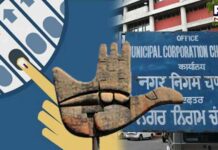 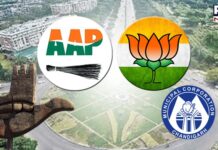