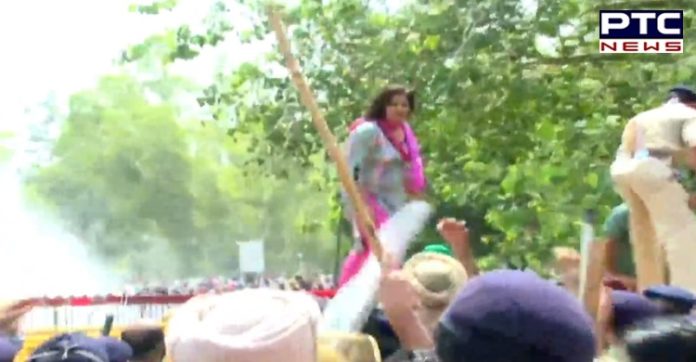 Chandigarh Police on Tuesday resorted to teargas shells and used water cannons to disperse Punjab school teachers as they tried to force their way through barricades placed at the Chandigarh-Mohali border.

The temporary teachers have been demanding that their services be regularised. They have been protesting outside the Punjab School Education Board building in Mohali for the past several days.

The protesting teachers under the banner of the Temporary Teachers’ Union, had planned to lay siege to the official residence of the Punjab CM.

When protesting teachers, including women, tried to break barricades, Chandigarh Police used water cannons and teargas shells to disperse them.

The protesting teachers claimed that several people suffered injuries, even as they raised slogans against the Punjab government.

The teachers have been protesting outside the office of the education secretary at Punjab School Education Board in Mohali for the last several days. They were trying to gherao the residence of Punjab CM Captain Amarinder Singh.